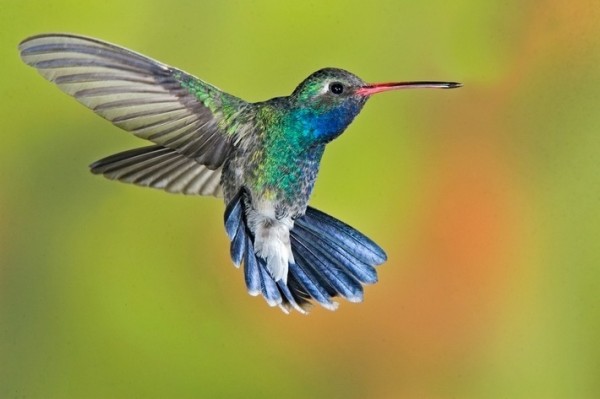 Yesterday I was dive bombed by a hummingbird ten times while walking down the front yard path to the car. I heard a ‘chip-chip-chip’ sound and looked way up toward a bright white cloud to see a tiny helicopter of a bird, like the helicopters that often fly over my downtown San Jose neighborhood, looking for people who are looking for trouble. It dives directly at me, and at the last second, takes a hard right toward the Jacaranda tree that is due to go lavender next month. It cries out a mockingbird sounding “CHIRP!” and ascends directly back up toward the bright white cloud. This happens over and over again while I stand noticing my own surprise that I did not know that hummingbirds behaved in this way. And then I draw upon a conclusion, and perhaps I was projecting, but I’d bank on the fact that this bird is a mother and I am near her nest.

Earlier in the week I finished teaching an evening class at Breathe Together and my son who just turned nine wasn’t in the lobby to greet me. Every Monday night he spends time with his friend of the same age while her mother takes my class. The two of them eat pizza together, often play hide and seek in the studio, and have recently taken to crushing rocks outside the front door beside the parking lot. Her mother and I look at each other sideways. We casually ask our staff if they have seen them. Nobody has seen them.

And our yoga calm lasts, at least on the surface, oh, for about seven minutes.

As students of yoga, we are practiced in watching the mind, the breath, the emotions, the thoughts, noticing it all. What happens between a thought and an emotion, between an emotion and an action is fascinating when you track it. In this situation I notice that I’m having preferences about what thoughts I want to have and what thoughts I resist having, which makes them stronger. I notice my breathing is erratic and I feel the drum of my heart. I notice in these moments that the sensations of fear and rage seem like close cousins. I’m watching. And I’m looking. And I’m not seeing that which is my heart that now lives outside my body in the form of my son. And now I am only dedicated to one thing.

And maybe I’m projecting. But I’m pretty sure I know what Liam’s friend’s mother is feeling. And we don’t need to talk about it. We exit together, she gets in her car to drive to search and I go by foot.

As I’m walking, I peer into a world of my own making, the “what ifs?” These are thoughts of the future, a future that doesn’t exist, I remind myself. I think about the thousands of parents and family members who know this world that I’m trying not to think about. I recall a recent memory from the past, while driving and listening to an NPR interview of the father of a child who was killed at Sandy Hook. When faced with the question of why was he committing his time toward gun control, grief stricken he said, “Really, it’s quite simple. I have two sons (referring to one that is still alive, the other recently killed). I have to get up in the morning and face myself. I don’t want any other parent to ever go through what I am going through.” It was so sad the way he said it, that I remember imagining that every car listening to NPR pulls over and all the drivers cry.

And then I find him. They are hiding behind bushes on the side of the building like kids should be able to do. My capacity for observation has now diminished. I am purely adrenalin and I dive bomb them with words I’m not sure either one of them knows. Well, they certainly know them now.

The philosopher Arthur Schopenhauer had referred to compassion as a state where each one of us cared for every living being as a mother does for her own child. I agree with that statement under one condition, that love and compassion doesn’t have to always look like sweetness and light. As there are many kinds of beauty, there are many kinds of love, including fierce love. Those people who lift cars off those they love that are being crushed, this ability comes as no surprise to me.

Mother’s Day was originally conceived in 1870 by Julia Ward Howe, who wanted American mothers to come together to protest the killing of their sons during the American Civil War. Much of the fighting was brother-against-brother, and many American mothers suffered greatly from their losses. Howe sought the creation of an international day of peace and motherhood to be known as “Mother’s Day” to protest the carnage.

Mother’s Day. Originally a day of protest against violence.

Later, Liam and I hold each other close. He is sorry for leaving the studio without telling anyone. I am sorry for saying the word HELL, as in “WHAT THE HELL ARE YOU TWO DOING?” And I’m also sorry, on behalf of all adults, for not being responsible enough to create a world where our children are safe to play alone outside. Melting glaciers and climate change, higher suicide rates in the US than ever before, talk of arming teachers with guns in their classrooms, these issues shouldn’t be incorporated into our sense of “normalcy.” What should be considered “normal” is that the hummingbird sounds a call when her nest is threatened.

Our yoga practice is not designed as a panacea to dull the pain of living. The practice is designed to call to our attention to what matters to each one of us, so that with wisdom and discrimination, we can learn from what we discover, and with courage, act on the deepest callings of our hearts. What injustice breaks your heart? Your heart specifically? Because therein lies the next step on the path of your own making. We hang out with that heart break, whatever it is, human trafficking, polar bears, deforestation, helicopters over our neighborhoods, declining populations of honey bees, weapons in the hands of people who shouldn’t have them and on and on and on. There is no shortage of opportunity to explore our capacity to contribute. This isn’t easy, nor was it meant to be. But the practice of yoga inevitably equips us with the tools to make the world a better place, beginning with our own mind and extending into our families, our neighborhoods and our communities.