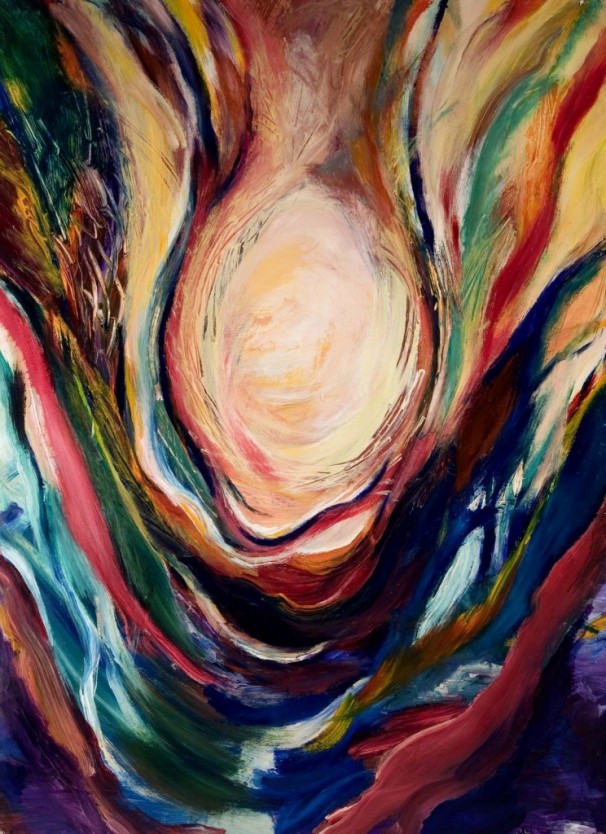 This time of year a great deal of emphasis is placed upon beginnings. All together, like a sea of fish, we move toward our own individual change and growth, but we start out together in it, which provides a bit of comfort. In the practice of yoga all of these beginnings are acknowledged, but we also recognize the truth in beginnings. Human beings tend to be forgetful creatures. Every time we bring our attention back to the breath we have arrived, and in a manner of speaking, we wake up again. We can live for long periods of time inside a story about how things are, which can translate to the story of the hours, days and even years. The practice of yoga is dedicated to bringing ourselves to each successive moment as if we’ve never been quite here before, because in actuality, we haven’t.

When we are dedicating ourselves to a new habit, with steadiness and presence of mind, we chose the new path again and again. We use our time practicing yoga on the mat as a laboratory to explore our habits. We watch where we go when we aren’t present. In this week’s classes a good deal of emphasis was placed upon coming into the same posture again – like half moon – so that we can revisit our relationship to that which appears to repeat. We look at the four F’s: our very human compulsions, to fight, fly, freeze or fix. Do we think about other things? Do want something other than what is here? Can we embrace and inhabit where we are, wherever we are? The more we learn about where we go when we’re not right here, the more we understand our tendencies, the more freedom, and ultimately more power we have available, the power to be present.

When we stop to really look, to really feel, to really hear, we see how much the mind can take for granted. No point in being hard ourselves about it. This is simply our very human nature. And our practice is the remedy. We simply return to right here when we’ve found ourselves somewhere else. Every moment holds the potential for being entirely enchanted by this utterly rare and precious experience that will never happen again. Even now.

START CLOSE IN
Start close in,
don’t take the second step
or the third,
start with the first
thing
close in,
the step
you don’t want to take.

Start with
the ground
you know,
the pale ground
beneath your feet,
your own
way of starting
the conversation.

Start with your own
question,
give up on other
people’s questions,
don’t let them
smother something
simple.

To find
another’s voice,
follow
your own voice,
wait until
that voice
becomes a
private ear
listening
to another.

Start right now
take a small step
you can call your own
don’t follow
someone else’s
heroics, be humble
and focused,
start close in,
don’t mistake
that other
for your own.

Start close in,
don’t take
the second step
or the third,
start with the first
thing
close in,
the step
you don’t want to take.