Jennifer Prugh is the founder of Breathe Together Yoga and the JOY of Yoga 200 Hour and 300 Hour teacher trainings. With eight years as an Associate Professor of storytelling, story boarding, and creativity, ten years as a professional artist, and a Master’s Degree in Art and Consciousness studies, Jennifer is passionate about “life education,” making eastern mind and body practices accessible, so that students are empowered with skills to live each day with wisdom, compassion, and discernment and to ultimately make their own unique contribution to life.

Introduced to yoga as a child in 1969, Jennifer has been a steady vinyasa and flow practitioner since 1989 when she began with Sherri Baptiste. She has trained within the Iyengar, Ashtanga, Bhakti Vinyasa, Vinyasa Krama, and Prajna Yoga lineages. She is certified as a Yoga Therapist through the International Association of Yoga Therapy.

She teaches Joy of Vinyasa and Joy of Flow, a creative and exploratory form of moving meditation. She developed the Tapas series, a seasonal approach to taking care of the body through movement and breath. She opened Breathe Together Yoga in Los Gatos, California in 2011 to provide yoga to everyone. Comprised of two studios, a wellness center and tea house, the studio is an experiment into what it means to live fully. She has been running the Joy of Yoga 200 and 300 hour teacher trainings since 2009 and has certified hundreds of people to teach yoga and mind body practices. You can find her online classes on YogaAnytime.com.

Since 2009, she has traveled all virtually over the world leading yoga trainings, adventures and retreats. Jennifer has traveled to India over a dozen times and is in the process of completing a photography book on the Ganges River. Jennifer took refuge in 2010 and is a member of the board of the Tibetan Children’s Education Foundation. She lives with her husband Will, their teenage son Liam and two golden retrievers, Hobbes and River.

Jennifer was introduced to yoga in Marin County, just north of San Francisco in 1969, during the summer of love after she read her first “big girl book” about the Beatles’ travels to India. The great influences of her childhood were the Tao Te Ching, Lewis Carroll, Carl Jung’s “Man and his Symbols,” Ram Dass’s Be here Now, playing classical flute, and writing and delivering sermons at the Episcopal Church. She received a journalism scholarship from the San Francisco Press Club to attend University of California at Santa Cruz where she was first introduced to Joseph Campbell’s Heroes’ Journey, through the poet and professor, William Everson. Campbell had studied every significant myth, story and epic from around the world, and recognized a pattern in the development of each human being: We share a common story. We are each called to find a way to contribute to life in an authentic and meaningful way.

Jennifer received her Bachelor’s of Arts and a fifth year teaching certificate in Fine Art with a specialization in bronze and stone sculpture, apprenticing with international sculptor, John DeAndrea. She received her Master’s Degree in Art and Consciousness Studies from John F. Kennedy University, where she focused her studies on symbols, archetypes, Jungian psychology and Eastern philosophy. As a painter and photo collage artist, Jennifer illustrated for Yoga Journal and Psychology Today Magazine and showed her art nationally.

In 1989, under the guidance of her mother, Jennifer began a consistent yoga practice with Sherri Baptiste. In 1995, she became a professor at Cogswell College in Sunnyvale, California where for eight years she taught Storytelling, Storyboarding, Mythology and Creativity. She was faculty senate president and curriculum development coordinator for three years while she researched the origins of over 2000 holidays and festivals around the world, taught in Singapore, consulted in India, and traveled to 14 countries videoing ancient festivals that are still celebrated today.

She became certified to teach under Sherri Baptiste in 1999. Three years later, after the death of her most significant mentor, her father, and upon the birth of her son Liam, she left higher education to pursue a life in yoga. She realized that while higher education fostered obtaining knowledge, the wisdom traditions woven into the practice of yoga had greater potential to alleviate physical and emotional suffering and create deep, lasting change. Significant contributors to her view of the practice are Ram Dass, Tias Little, Sherri Baptiste, Yongey Mingyur Rinpoche, Tenzin Wangyal, His Holiness the Dalai Lama, Kofi Busia, Rusty Wells, David Swenson, Mark Singleton, Chuck Miller, Desiree Rumbaugh, and Richard Rosen.

Jennifer has taught pre- and post- natal, “baby-mama” yoga, and yoga for children. She has worked at La Europa (www.laeuropaacademy.com) in Utah with adolescent girls with eating disorders, drug addiction and other destructive behaviors where she trained their therapists to become yoga teachers and implemented a yoga curriculum within their academic and therapeutic programs. She has worked with those with cancer and their loved ones. She has been a wellness consultant for corporations, private yoga to Silicon Valley executives, and yoga and meditation at the Bay Area Pain and Wellness Center (www.bapwc.com) in Los Gatos for those living with chronic pain.

In 2006 she founded the RYT Yoga Alliance certified Joy of Yoga 200 and 500 hour teacher trainings, and later added Floating Lotus (SUP YOGA) and Flying Lotus (Aerial) programs, as well as the seasonally based HOT TAPAS program. In 2011, she co-founded Breathe Together Yoga, a yoga studio, wellness center and tea house with over 90 scheduled classes per week dedicated to supporting students at all levels of practice.

Jennifer leads local, national and international yoga journeys and teacher trainings, taking people all over India, as well as Italy, Grand Canyon River Rafting, Santorini, Greece, New Mexico, Hawaii, Peru, Malawi, Africa, the Galapagos Islands and Nepal, Cambodia and Vietnam, Iceland, Mexico, France and Tibet. She raises money to support exiled Tibetan refugees and the education of their children, and is on the Board of the Tibetan Children’s Education Foundation (www.tibetanchildrensfoundation.org). In 2010 she spent time in Clement Town, a Tibetan enclave in India and the experience of collective kindness and compassion of the people, young and old alike, widened her understanding of what human beings are capable of through practice. She took refuge with Yongey Minguor Rinpoche in 2010. She spends any chance she gets with Ram Dass, and lives with her husband, Will, their son Liam and their golden retriever, Hobbes. 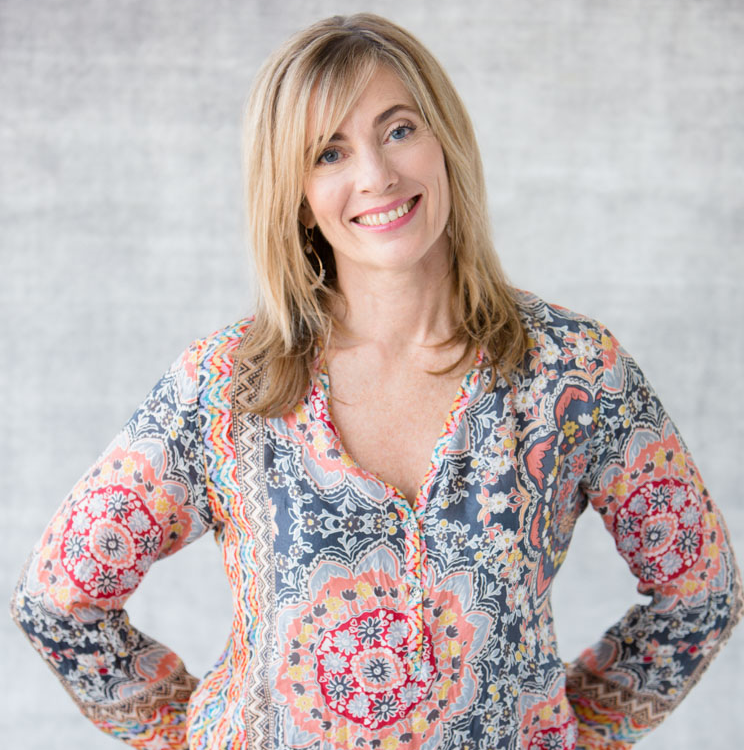 Samadhi is the last limb of Patanjali’s eight li

We have developed distinct motivations behind our

Before you read too far down this post, I recommen

It’s a miracle we’re getting anything done ove

“Just as when the king-bee flies up, the bees fl

White Tara, Goddess of long life and healing. And

The word, “Asana” first appears in the Upanish